We provide the chance for those connected with the Ward, in whatever way, to meet each other and the Aldermen and Common Councilmen that represent the Ward. Our events are social and municipal and we welcome new members, especially those who work in the area.

In case you don’t know, Vintry and Dowgate are two of 25 Wards in the City of London. The Vintry Ward Club was founded in 1877 and the Dowgate Club in 1896. The current arrangement is the result of the two clubs joining together in 1957 as the resident population declined and each club membership fell.

As a consequence the Club is represented by two Aldermen (the City equivalent of a Councillor) elected by Ward voters. Alison Gowman is Alderman for Dowgate Ward and Dr. Sir Andrew Charles Parmley Alderman for Vintry Ward. They are supported by four common Councilmen who are Henry Pollard and Mark Wheatly for Dowgate Ward and Tom Hoffman and Rehana Ameer for Vintry Ward.

Eight Lord Mayors have been elected from the Vintry & Dowgate Wards including one of our Aldermen Dr Andrew Parmley and both current Patrons, Alderman Sir Christopher Leaver and Alderman Sir John Chalstrey. 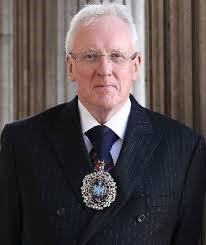 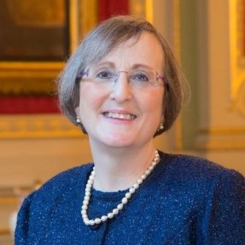